Dishonored Wiki
Register
Don't have an account?
Sign In
Advertisement
in: Dishonored 2 characters, Dishonored: Death of the Outsider characters 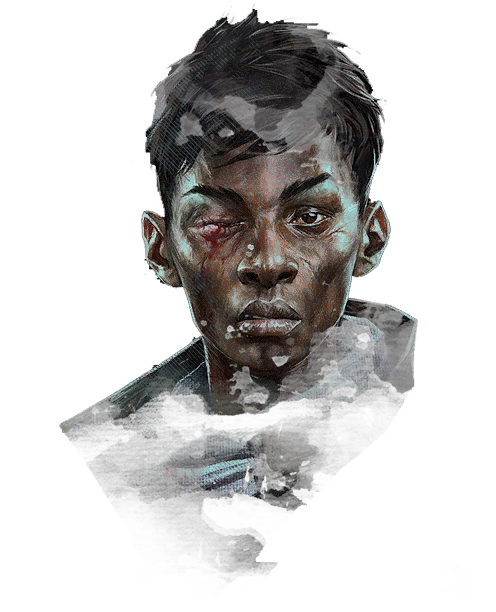 Meagan Foster is the captain of the Dreadful Wale. Her character is voiced by Rosario Dawson. Initially, her right arm is amputated below the elbow and her right eye is missing. However, if Aramis Stilton's timeline is changed during "A Crack in the Slab", she is made whole.

16 years before Delilah's Coup, she was a member of Daud's Whalers under the name Billie Lurk. She organized Daud's mission to assassinate Empress Jessamine Kaldwin, much like she organizes Corvo Attano or Emily Kaldwin's assassination missions during Delilah's Pretendership. During the events of The Knife of Dunwall, she joined Delilah's coven, and cooperated with them to betray Daud and the Whalers to the Overseers. In the canonical timeline, she confronts Daud when the Overseer assault fails, and is defeated but spared. She references the betrayal of Daud as the action she most regrets of all the bad things she's done, above the many assassinations she executed or planned out.